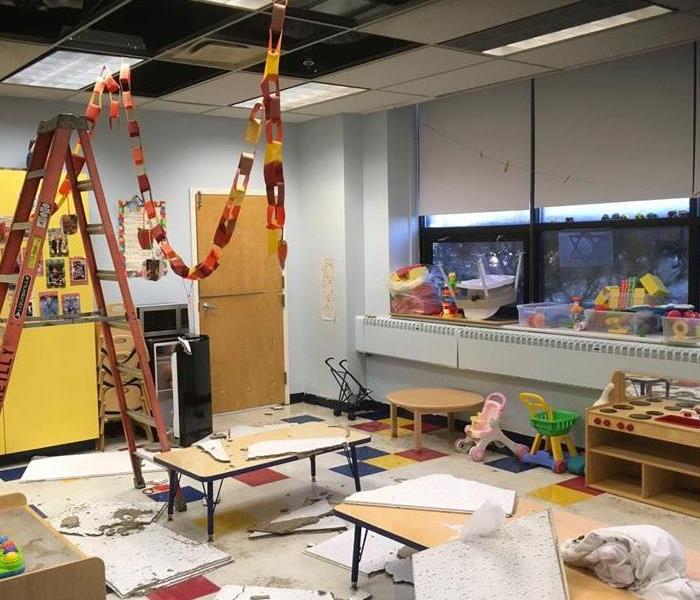 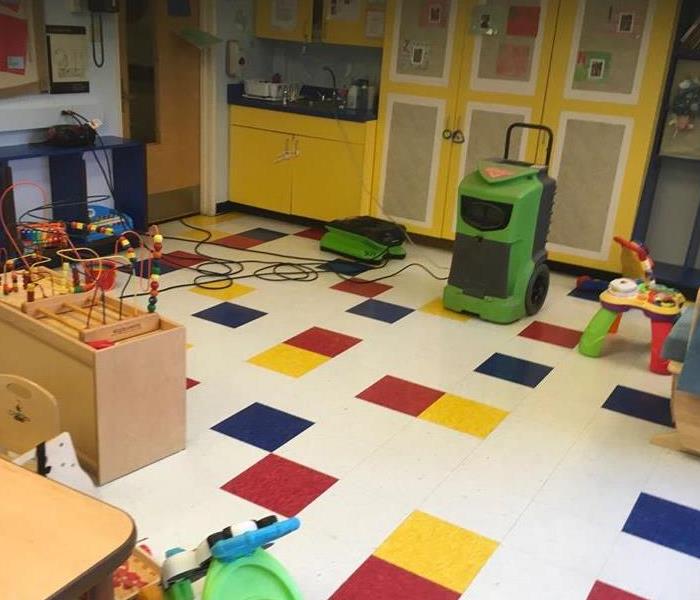 A wintery weather mix in January resulted in an emergency at a small school when a pipe broke. The cold temperatures caused the pipe to expand and contract, this is the most common way pipes break other than rust/deterioration. SERVPRO entered the premises and began the cleaning process. We had drying equipment there for the weekend, when what do you know? Another pipe burst and we started the process over again. Everything had to be cleaned again and the drying process had to be restarted. A few class rooms were displaced for a week or so but SERVPRO was able to help this school get back up and running quickly!

View More Before & After Photos