A man shared a video from west Wichita. It shows a woman driving by his mom's home, backing up into the driveway then stealing a crockpot and another item. He said it totaled about a couple hundred dollars.

Derby police say they have seen a spike in stolen packages over the span of a week. Officers there recently arrested a woman in connection to several stolen packages in town.

"The amount is not the concern to us, it's the fact that it's happening, that's the concern to us. You should be able to have a package delivered and not have a problem with that," said Russell.

While it seems to be happening more often, there are a few things you can do to keep your items safe.

1. Make sure someone is home
2. Deliver it to your office
3. Have it held at the store
4. Use lockbox 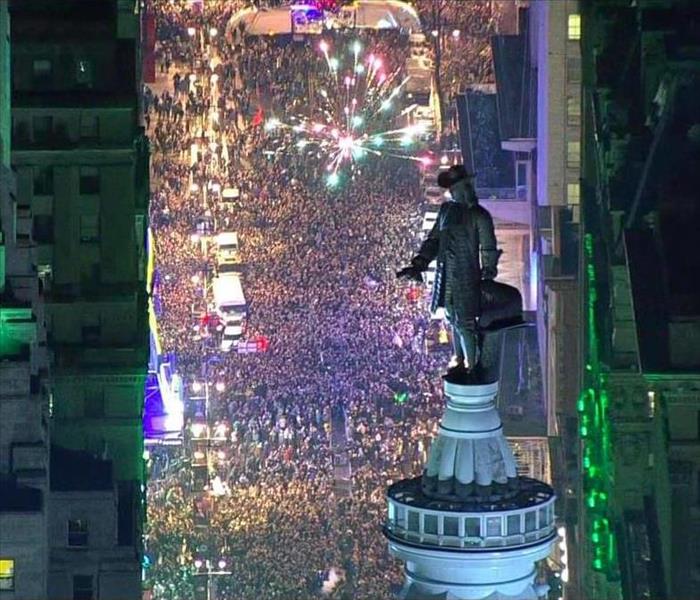 E-A-G-L-E-S, EAGLES!!  We did it!  Thank you to the Philadelphia Eagles for bringing home a Super Bowl Victory to this great city.  With a year of many trials and tribulations, our Eagles showed us that underestimating the "underdog's" is a detrimental mistake.

On Sunday night, the game clock struck 0 surprising Eagles fans who knew all too well of the Patriots ability to upset the entire world and pull a win together in the final seconds of play.  That goose egg took most fans by surprise, not even realizing the game was over and the Eagles had won!  The celebrations began instantly, with people flocking from their homes, or the bars and restaurants where they settled to watch the Super Bowl, and parading on the streets.  Joy was in the air from the brick alleys in Havertown and Ardmore, to the busy streets of King of Prussia and everywhere in between.  The scene in Philadelphia was one to top them all.  Center city erupted with splendor and cheering fans were emerging from every nook and cranny.  Chants of "E-A-G-L-E-S, EAGLES" rang out from the subway stations, to city hall, and their crackled voices from screaming continued until the early morning hours on Monday.  Droves of triumphant fans marched in masses to Broad Street, where dump trucks blocked traffic from the 100,000+ incoming fans, pouring in from every block.

There were a handful of over celebration incidents, though the night was far from the nationwide expectation that the city of Philadelphia would burn to the ground, win or lose.  For the most part, Philadelphians were united in their celebration to the conclusion of what was a fantastic year for our Eagles.  And that’s what we love about sports!  Our great city was united on this chilly Sunday evening.  No matter the race, religion, gender etc. we all came together to celebrate as a one.  To celebrate the city of Philadelphia, to celebrate our first Super Bowl victory, to celebrate the "Under Dogs!"  To be the best, you must come together and fight as one, and there was no better example of that then how the Eagles came together throughout the 2017 season.

Though there was plenty of celebrating on Sunday night, Thursday brought with it the main event: The Victory Parade.  On Wednesday, lines at the local Septa stations for the suburbs of Philadelphia wrapped around the building, for eager fans to get their train tickets for the parade.  By Thursday morning, train tickets from the suburbs of Philadelphia to center city were completely sold out.  On Thursday, an additional 3 million people entered the city to witness this joyous moment.  From caravanning to sleeping on camping out on the steps of the art museums, Eagles patrons were not going to miss their chance to shine.  And shine they did!

The parade began at the Lincoln Financial Field around 11 a.m. and worked its way North up Broad Street.  Cheering fans lined the streets, buildings, and of course, the street signs, exuberantly cheering in anticipation of finally seeing our triumphant Eagles in possession of the Lombardi Trophy.  The parade snaked through center city finally arriving at the art museum for a special ceremony.  Speeches were given by some of the Eagles staff including Doug Pederson, as well as an appropriately dressed Jason Kelce, who sported a Mummers Parade outfit and gave quite a memorable speech.

Eagles fans traveled from across the country to bear witness to this great event.  Some fans even brought the ashes of loved ones who never got to witness an Eagles Super Bowl win and spread them on the Ben Franklin Parkway.  It was an emotional day for so many who had been supporting this team for years on end "trusting in the process" that their team would one day grasp a victory in the Super Bowl.

All in all, it has been a memorable week for us and we all are extremely proud to call Philadelphia our home.  With talks of the formation of a Philadelphian dynasty, we're all eager for the 2018 Football season and are ecstatic to see what our Eagles will show and prove to the world next season.  SING IT LOUD AND PROUD PHILADELPHIANS:

On the road to victory!

And watch our Eagles Fly!

On the road to victory! 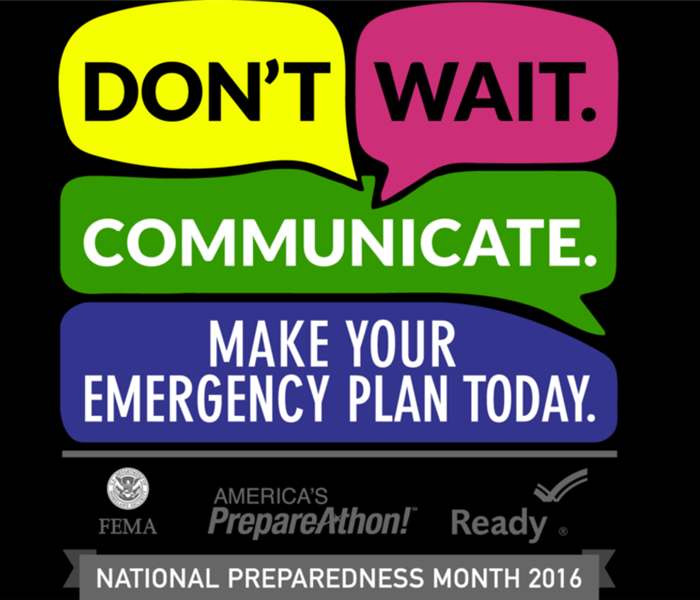 During an emergency, the last thing you should worry about is what to do next. Every second matters during an unexpected, emergency situation which is why this year’s National Preparedness Month theme is, “Don’t Wait, Communicate!”

SERVPRO of Main Line/Bala Cynwood would like to encourage everyone in our community to develop a game plan! Residential or commercial? It doesn’t matter! Everyone should master a set of steps to perform during an emergency and answer important questions ahead of time such as; Who will be in charge of contacting 911? Who will gather everyone to a safe location? What is the best escape method in an emergency? Etc. These questions are imperative to the safety and well being of our co-workers or families.

Everyone’s focus this month should be towards developing a disaster plan or what we at SERVPRO like to call an ERP (Emergency Communication Plan). In line with the “Don’t Wait, Communicate!” theme of this year’s National Preparedness Month, SERVPRO of Main Line/Bala Cynwood would like to suggest developing an Emergency Communication Plan for your home or business. Several steps, listed below, can help get you started on this plan:

As always, SERVPRO is #heretohelp in any emergency or disaster situation. Although September is coming to an end it is never too late to be prepared! We encourage everyone to call us today to learn more about National Preparedness Month or about our free Emergency Ready Profiles!